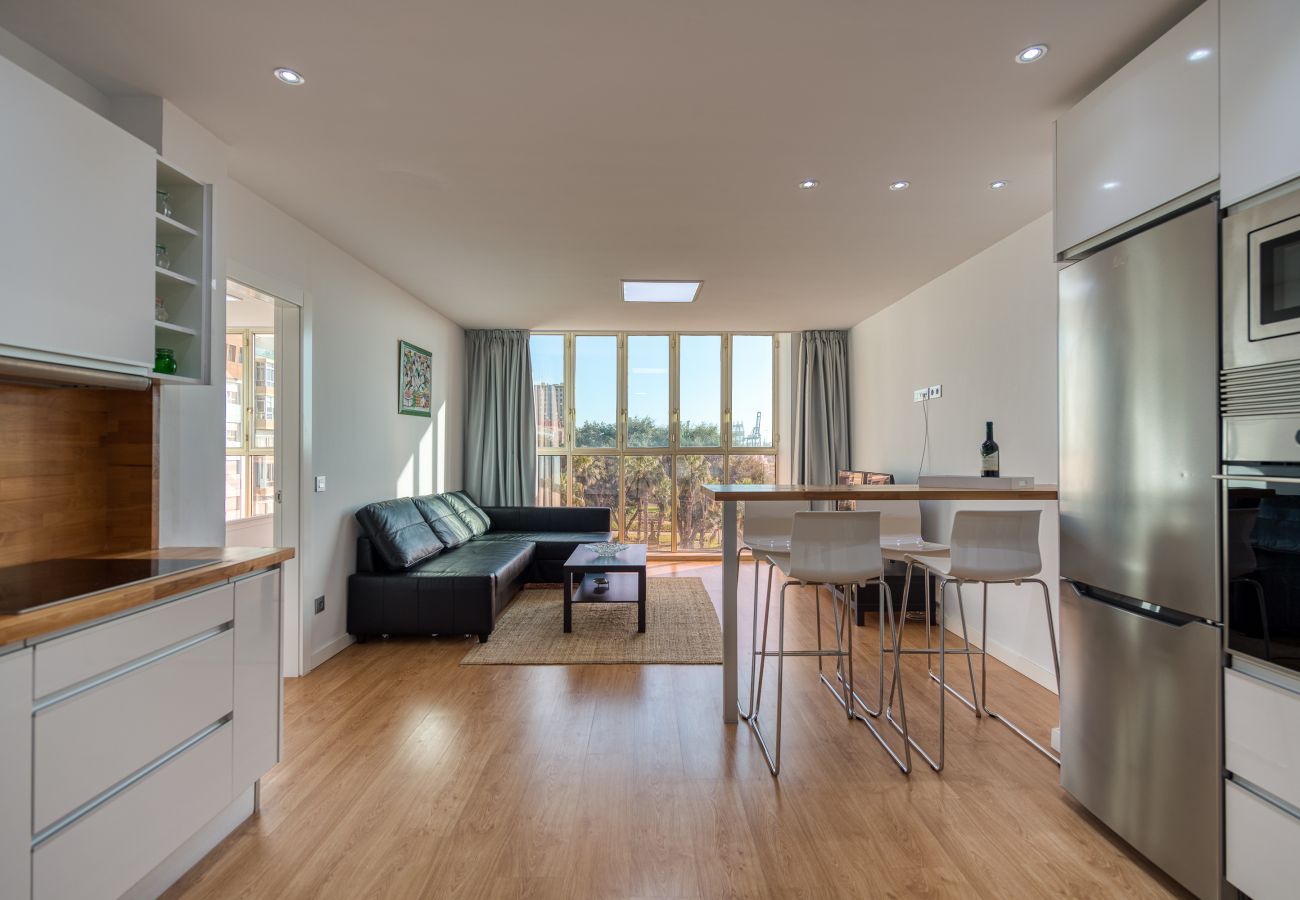 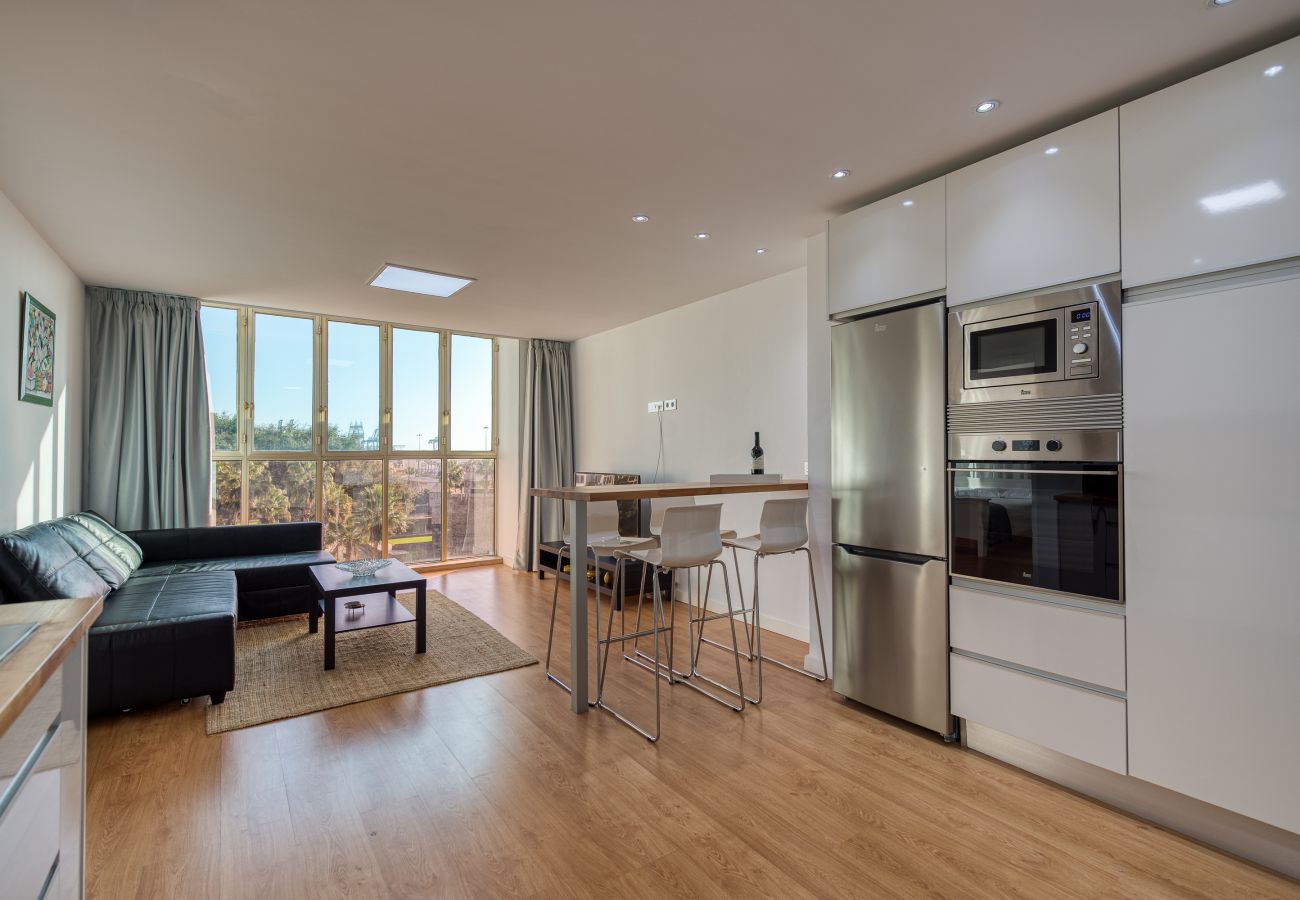 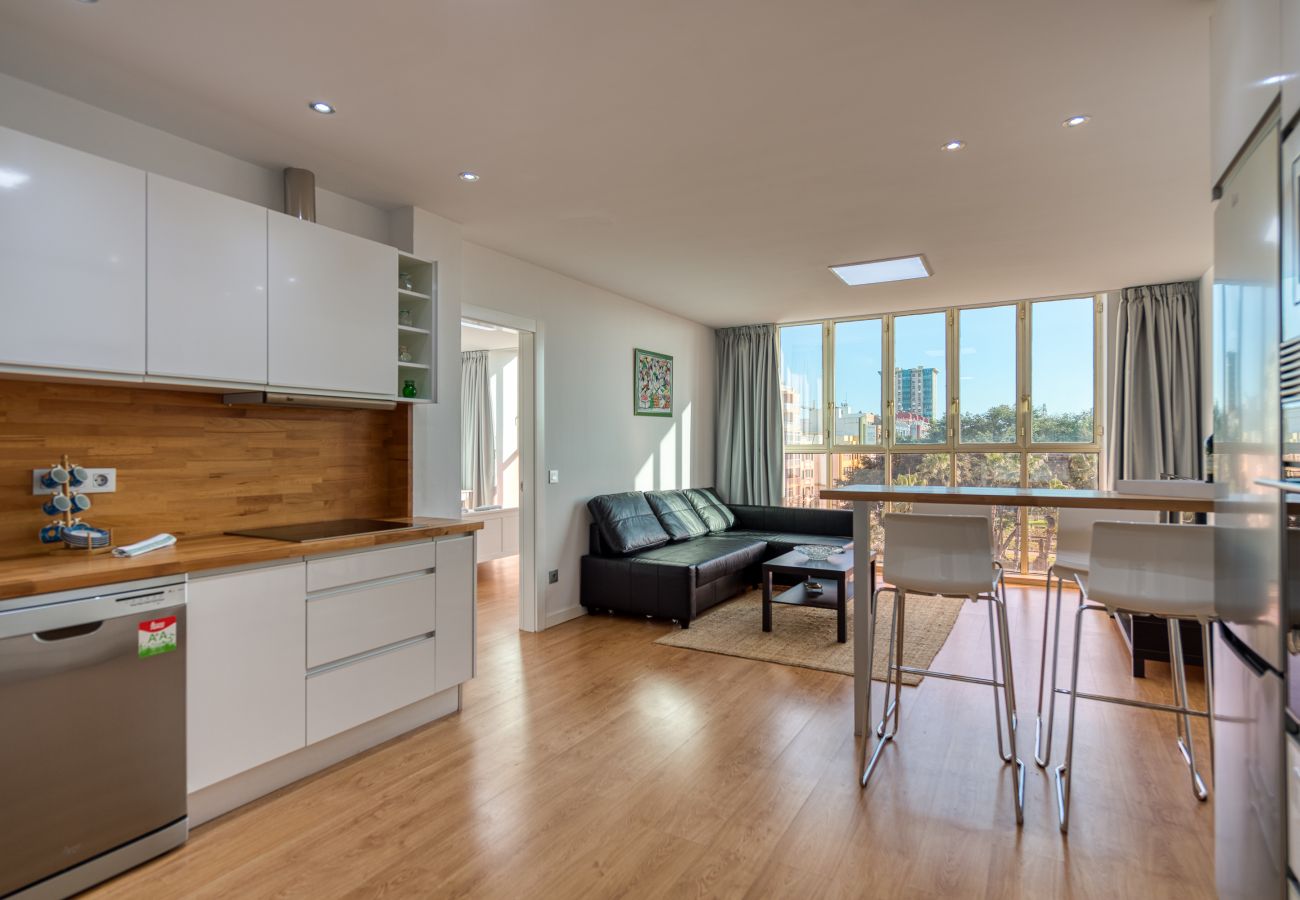 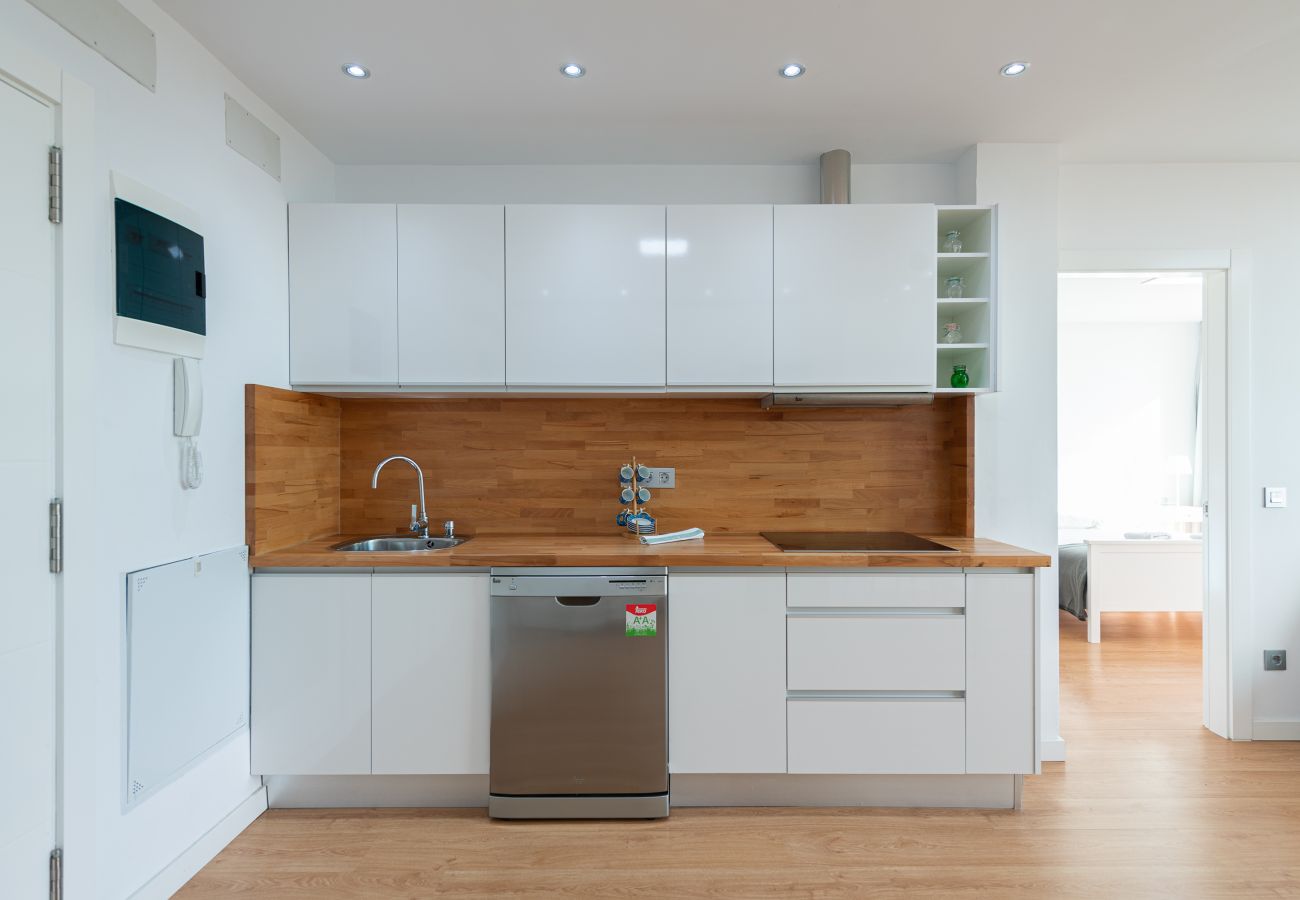 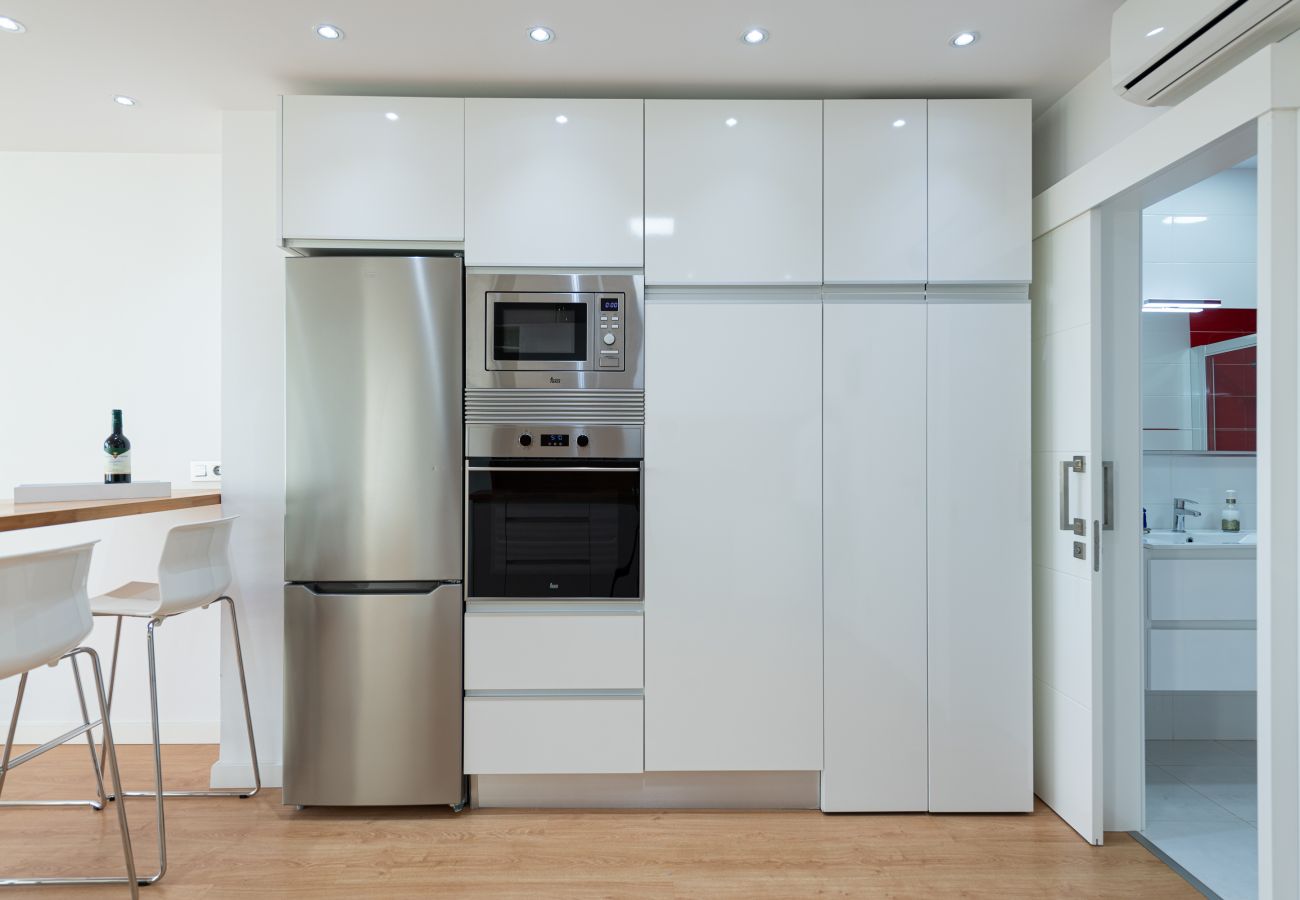 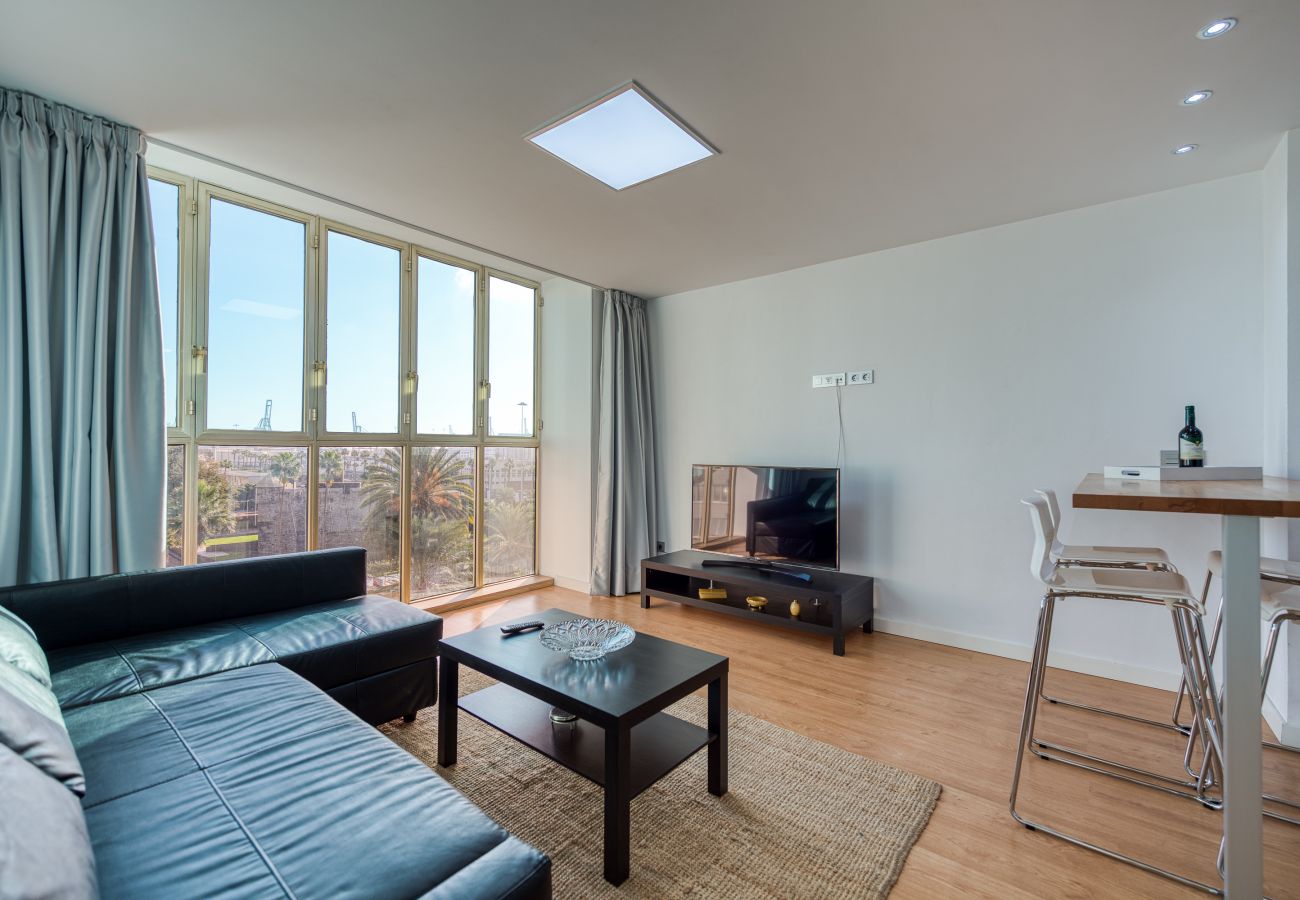 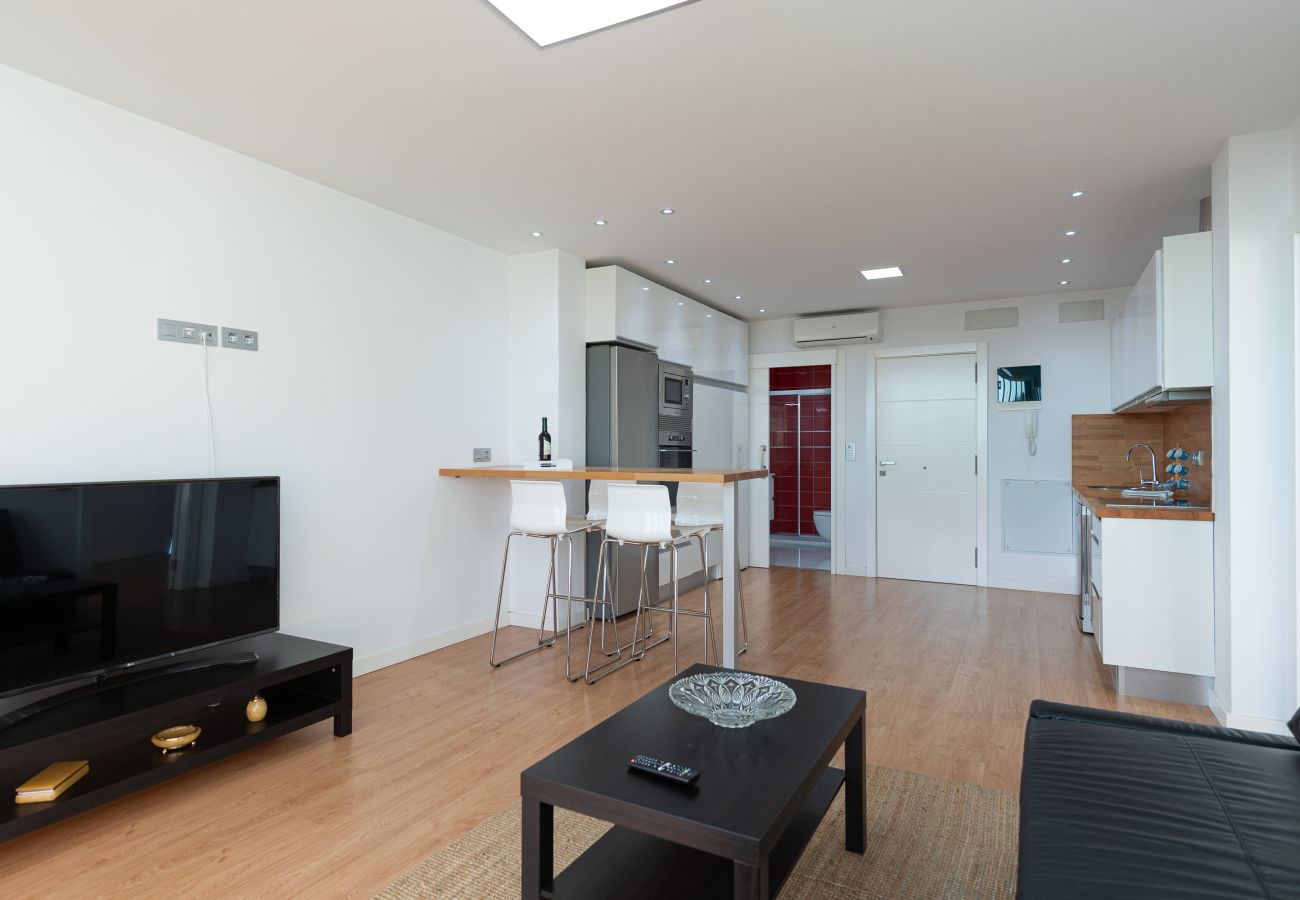 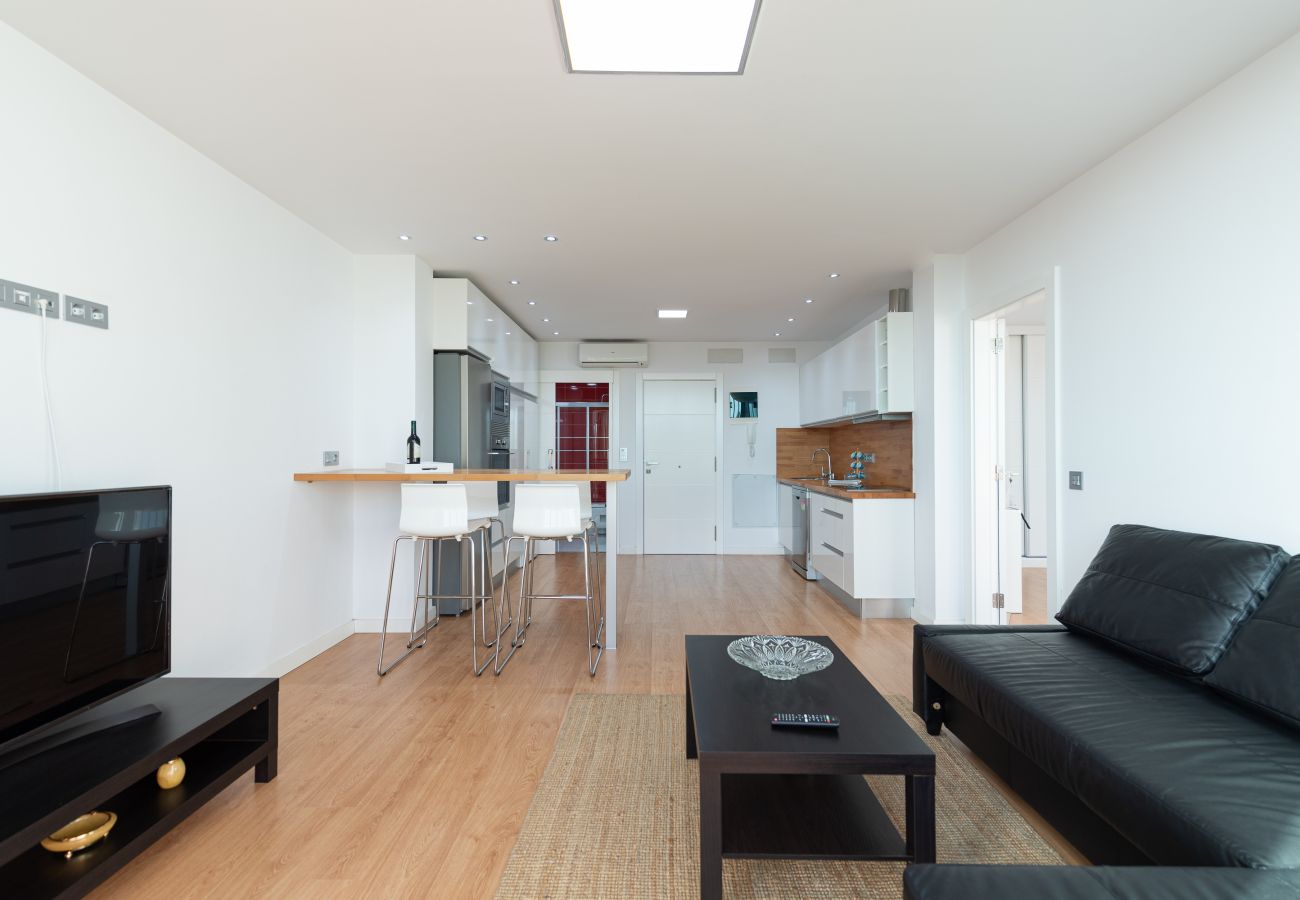 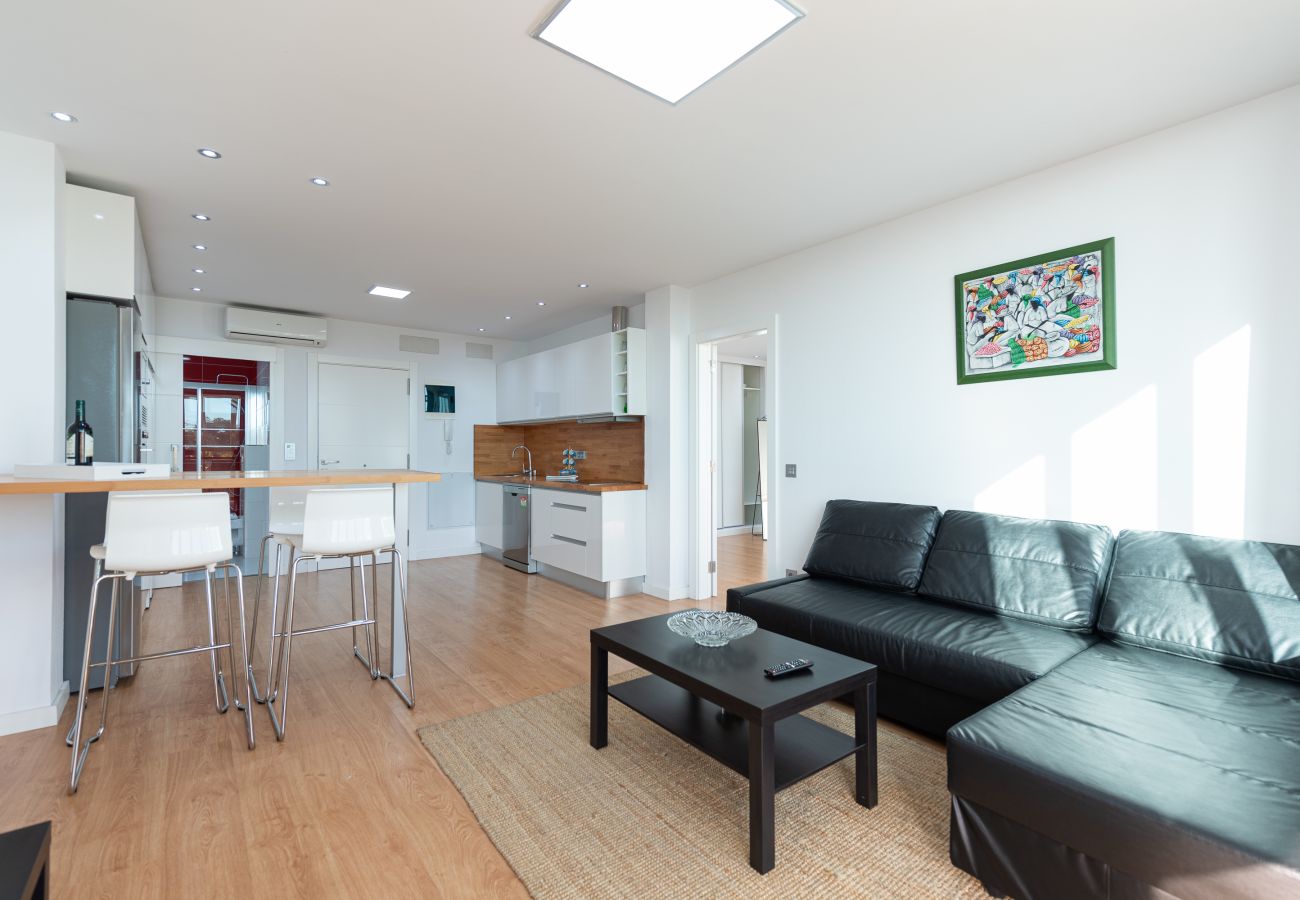 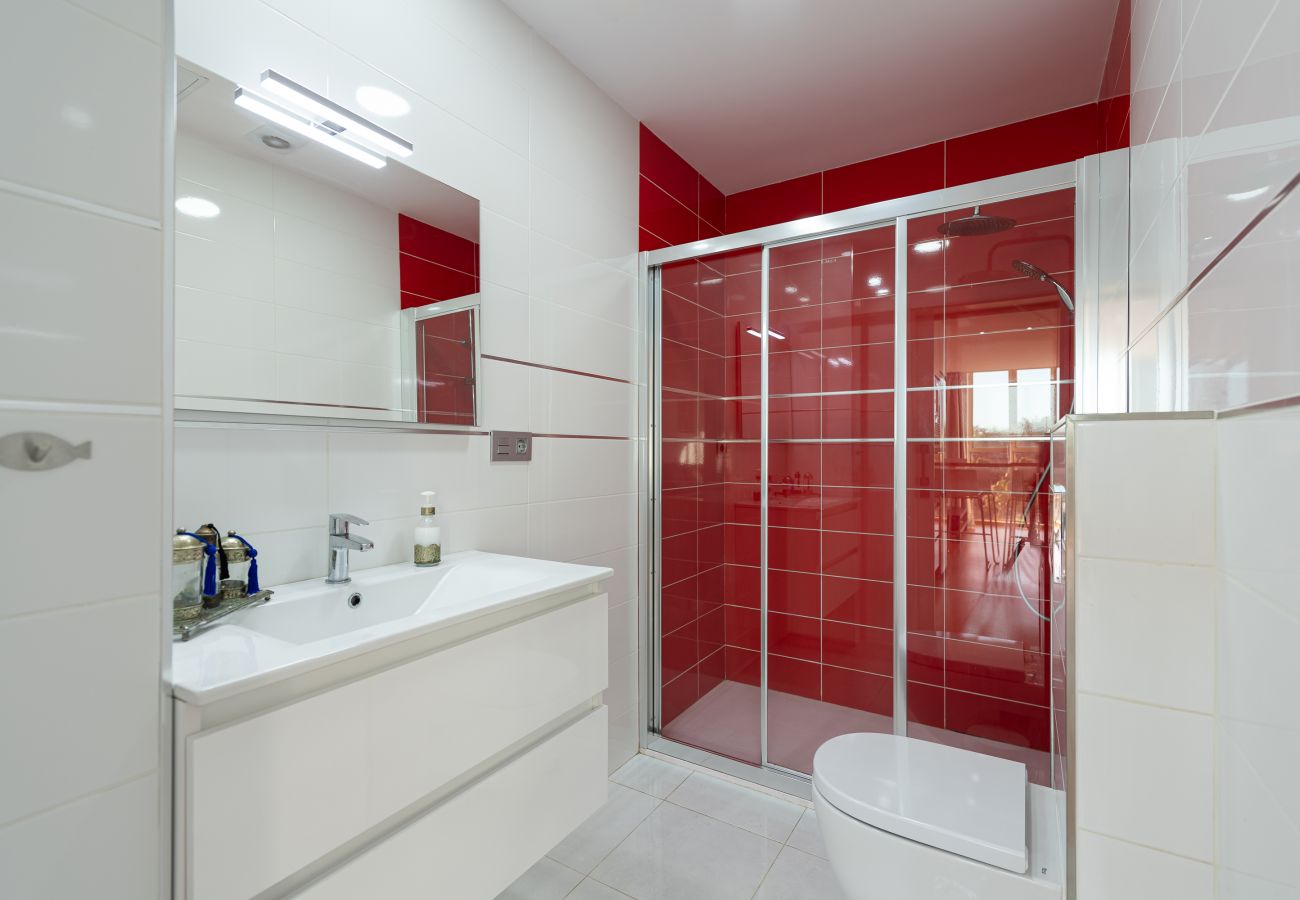 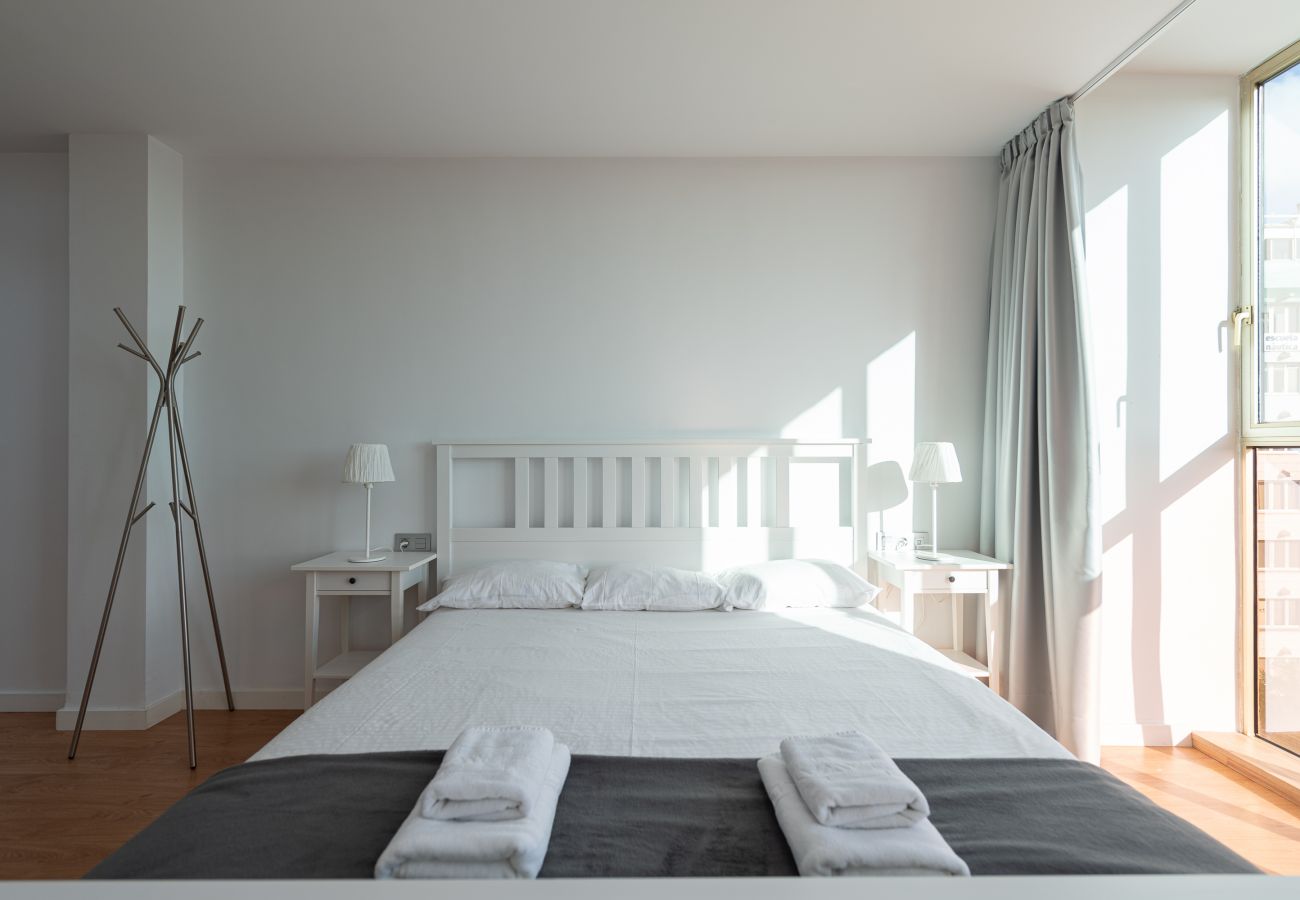 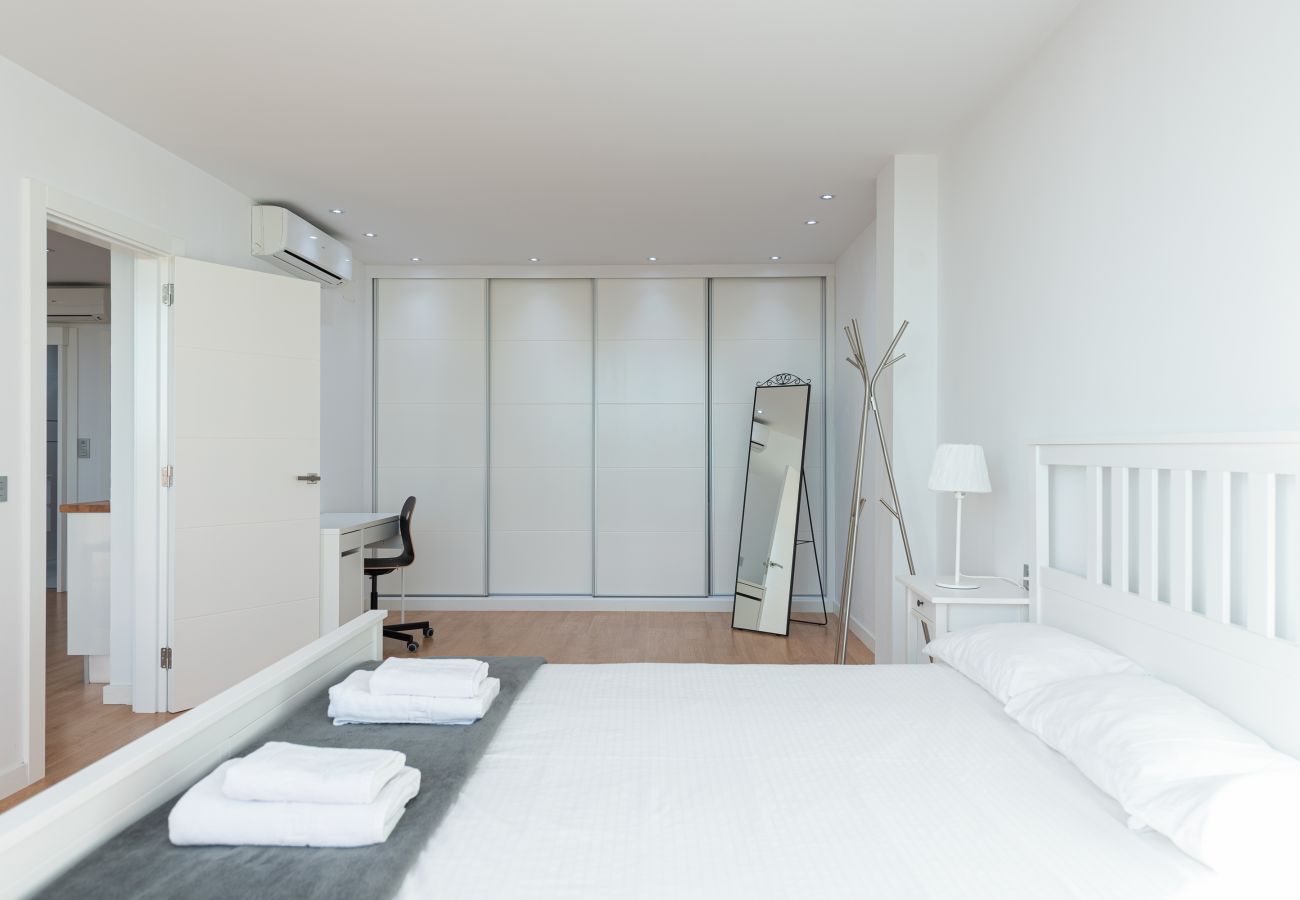 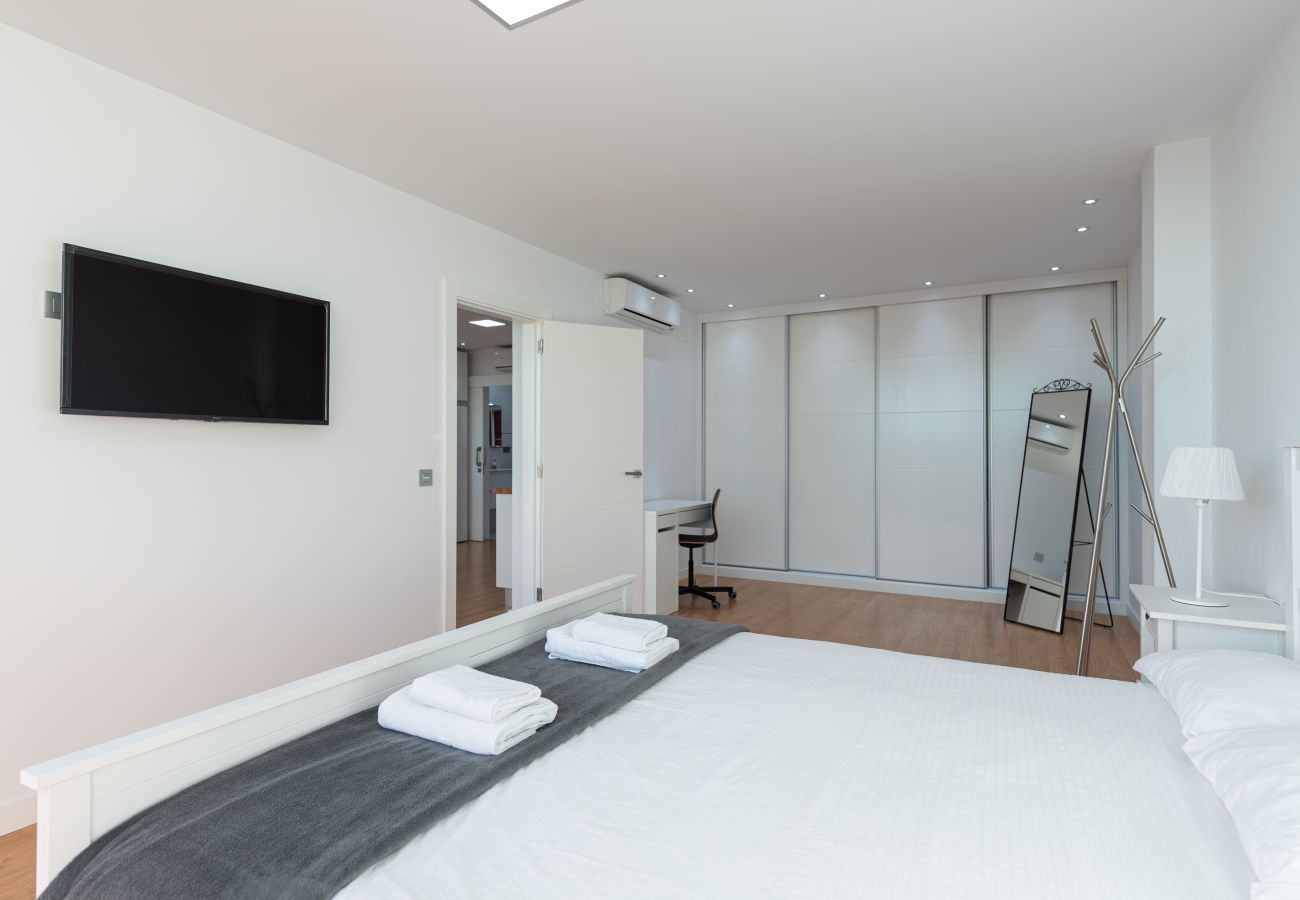 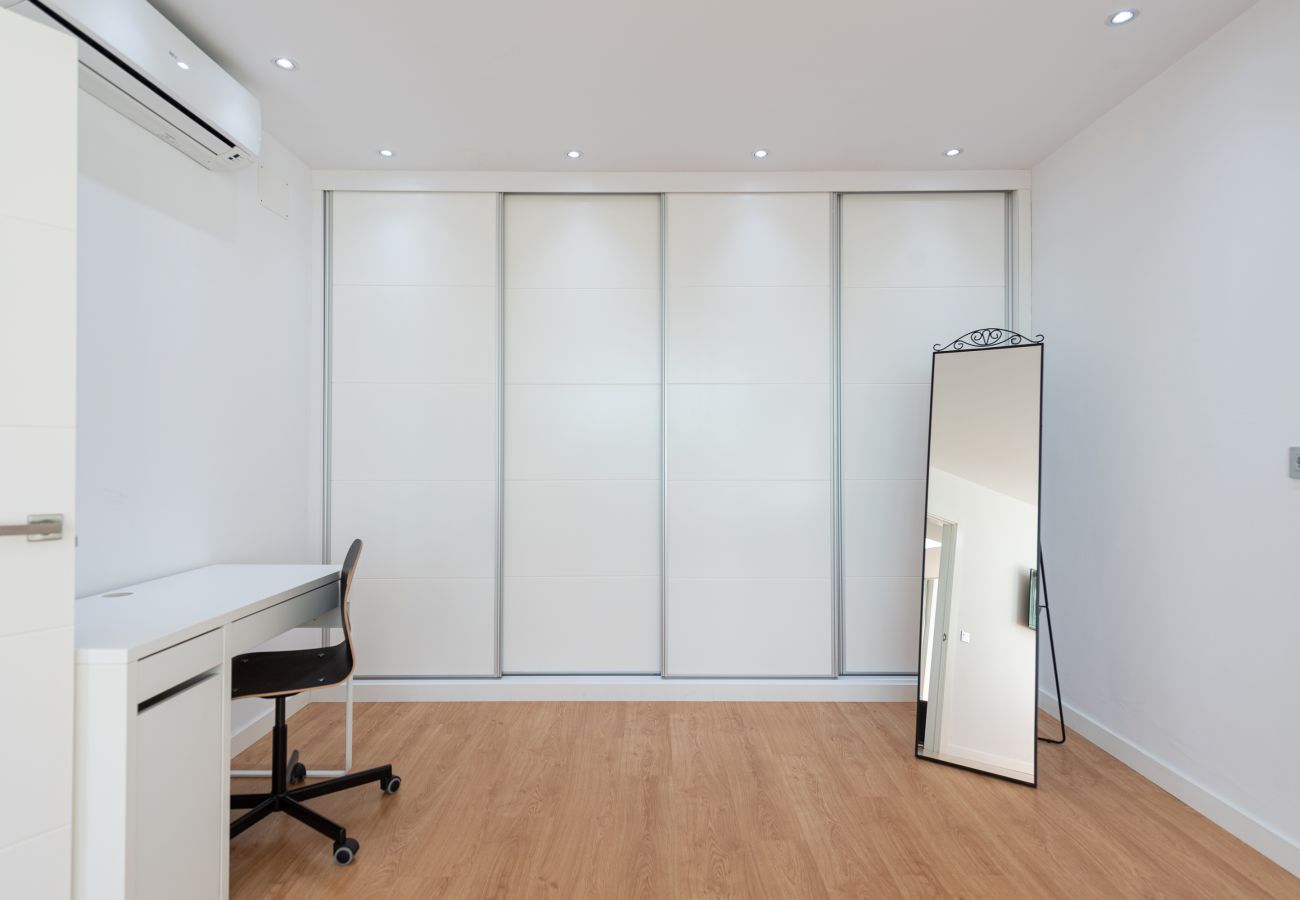 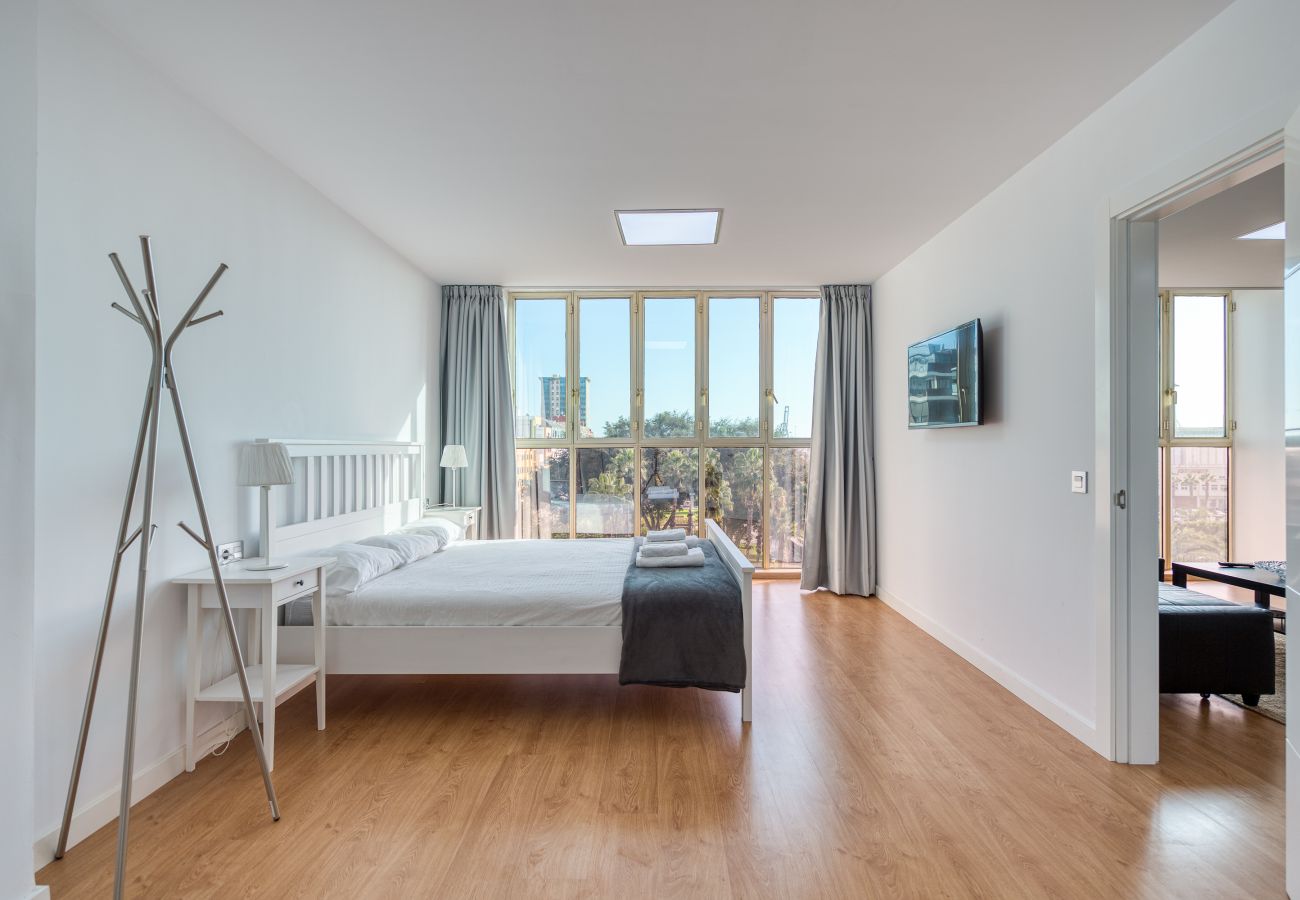 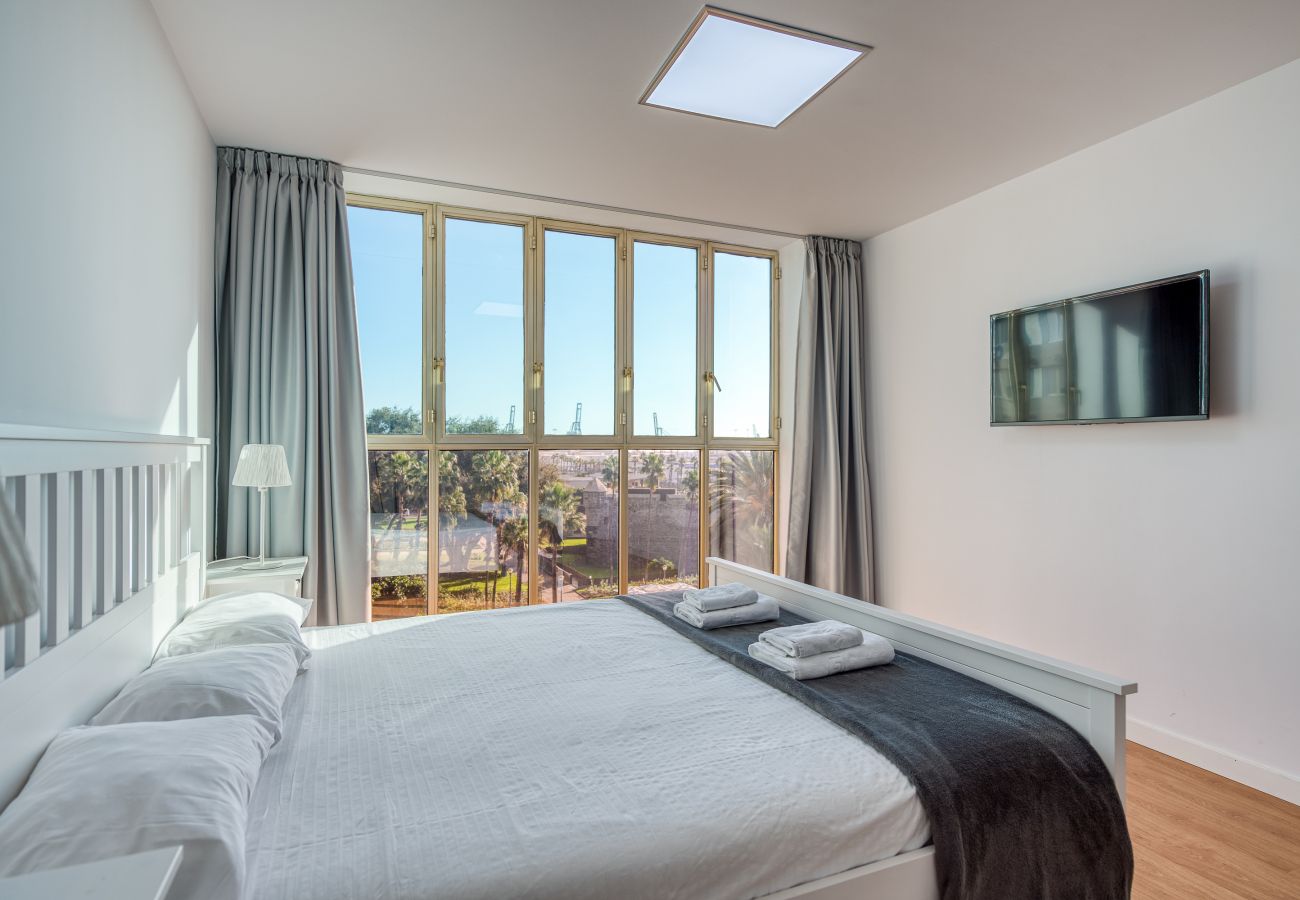 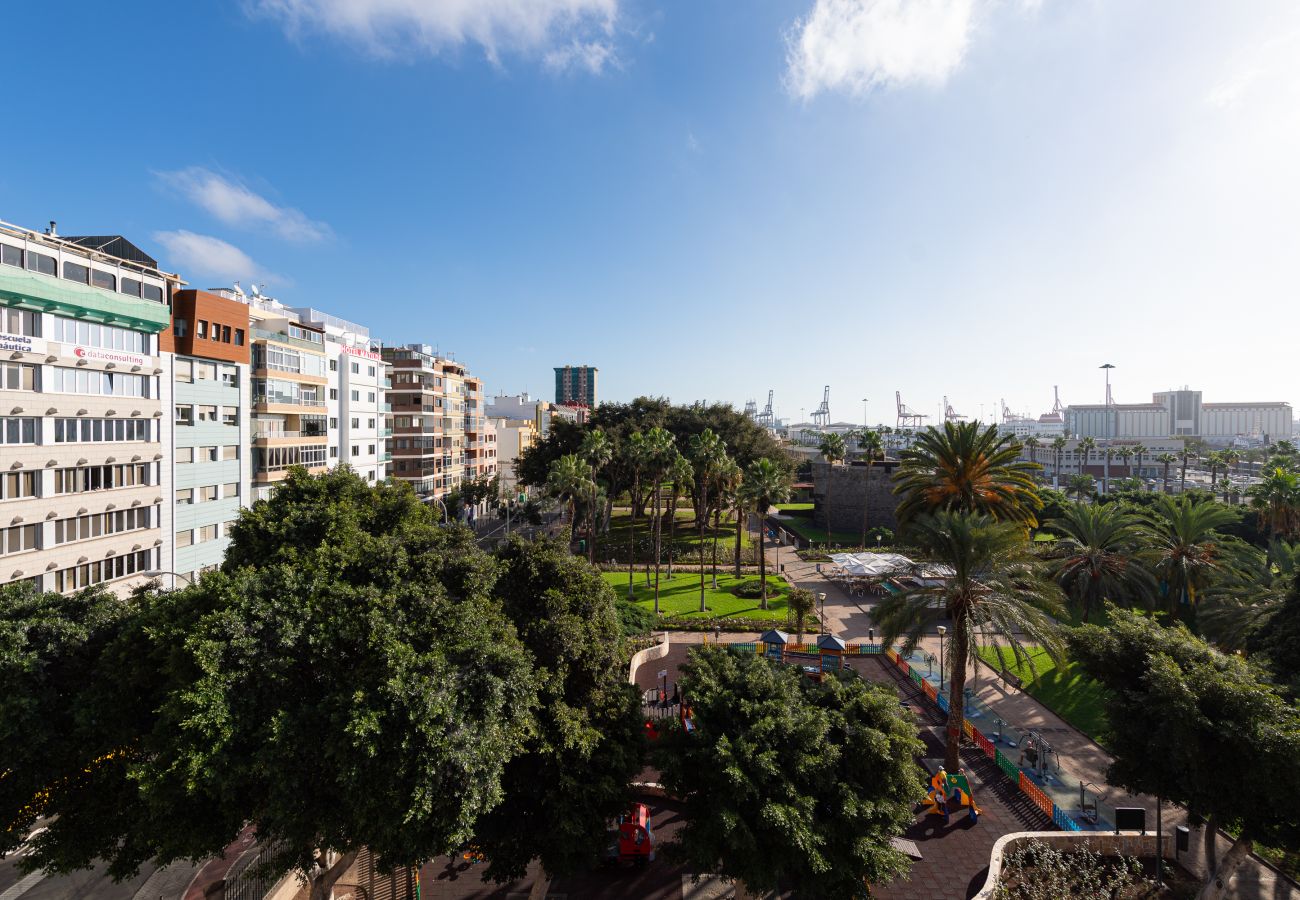 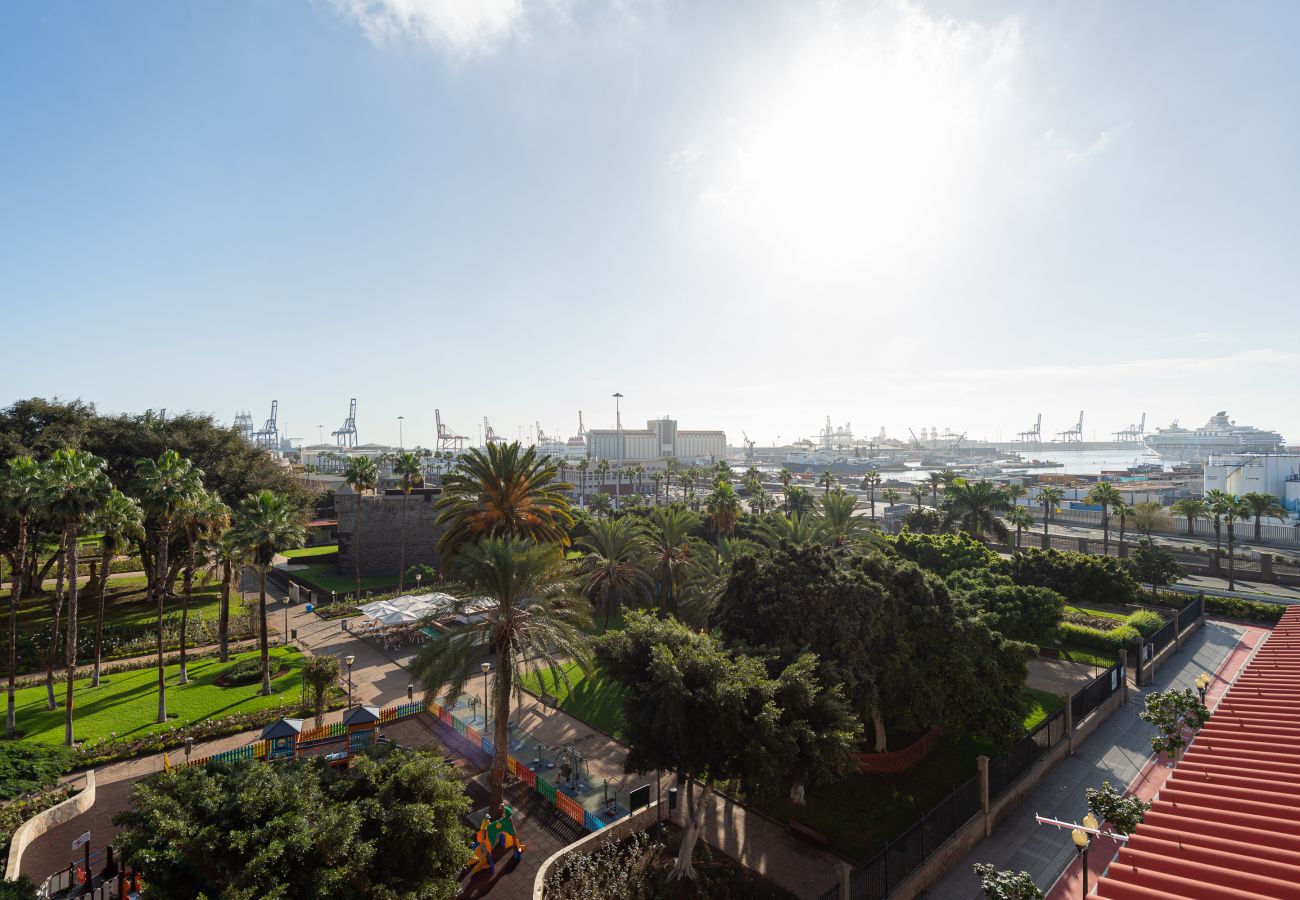 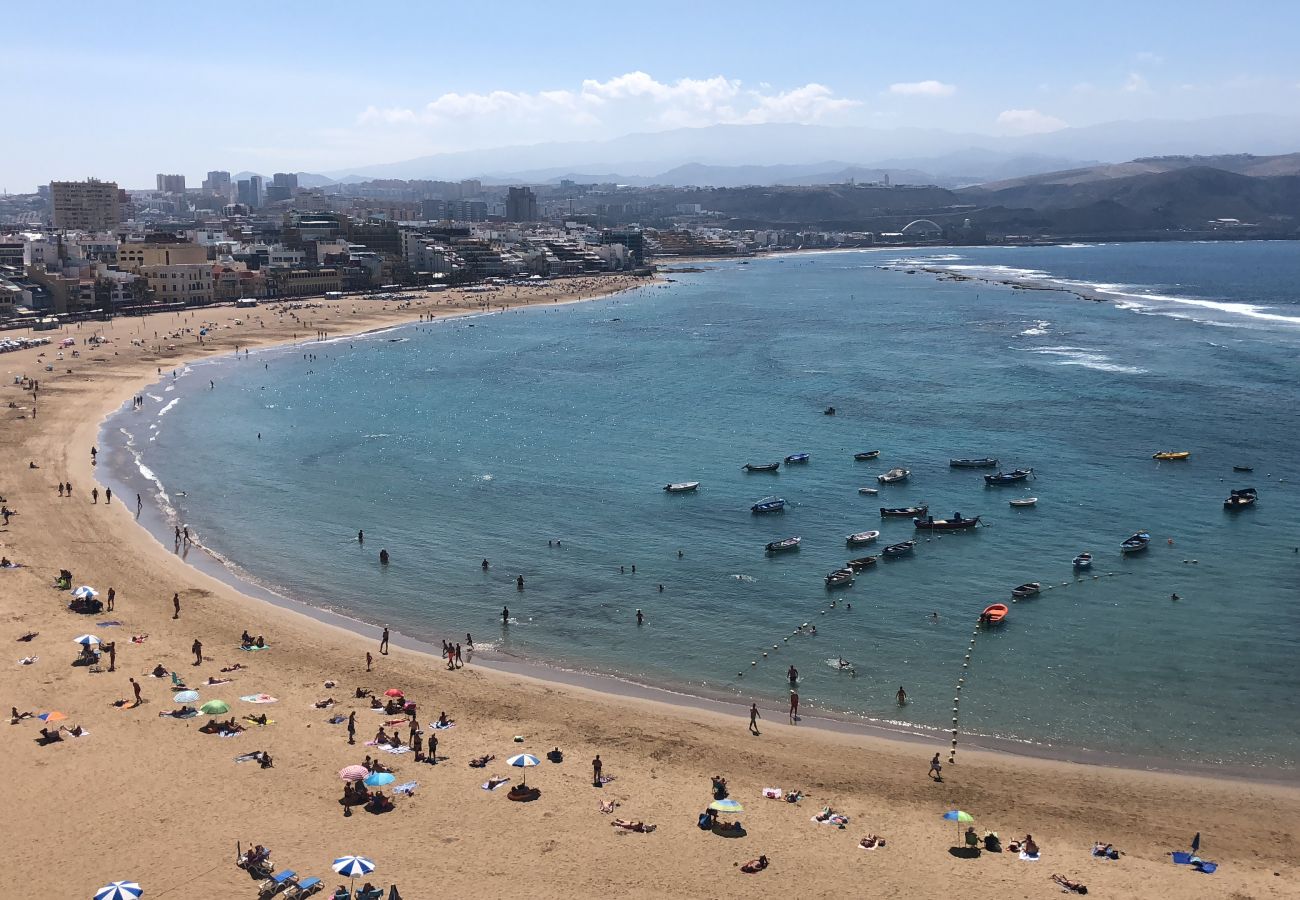 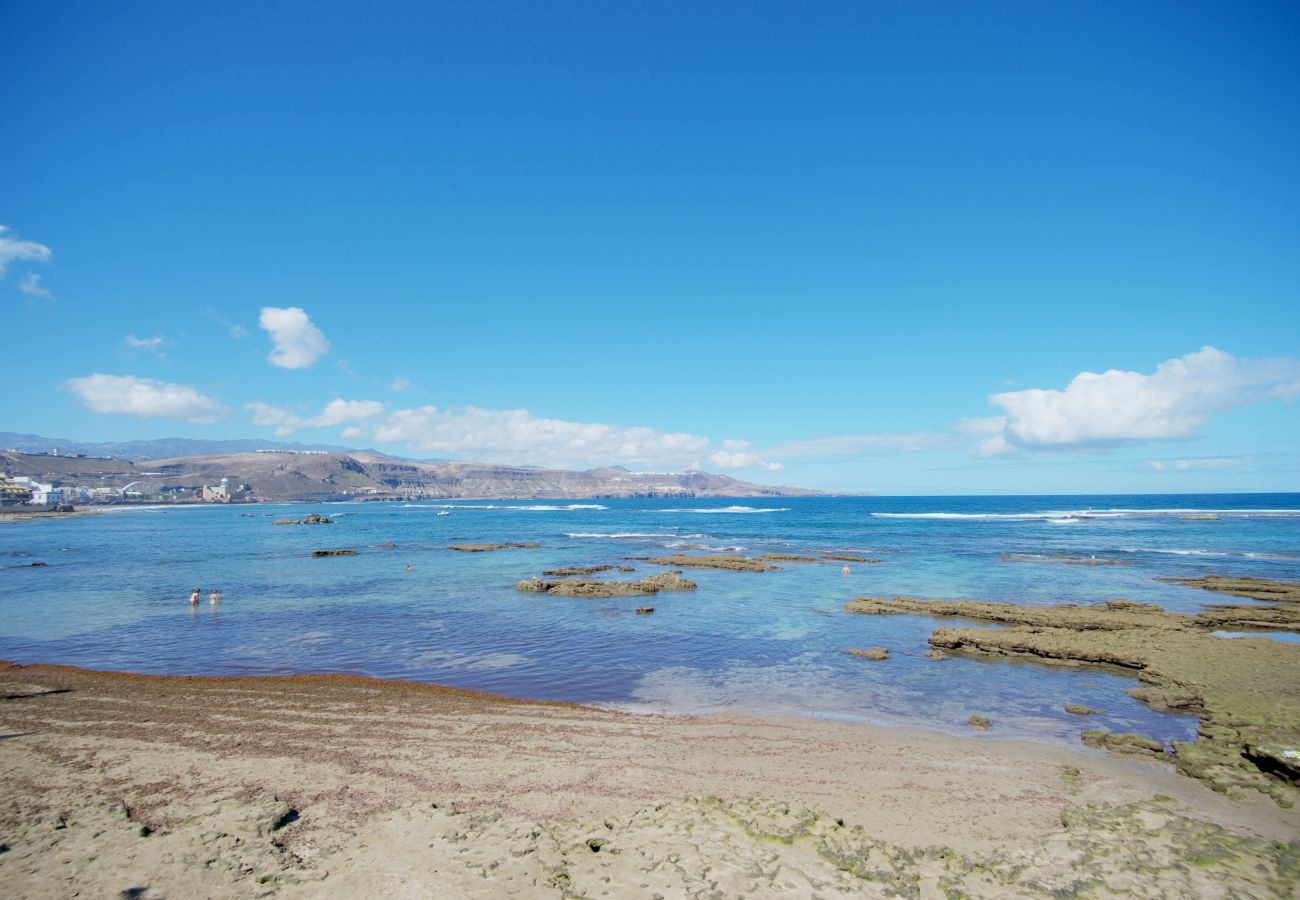 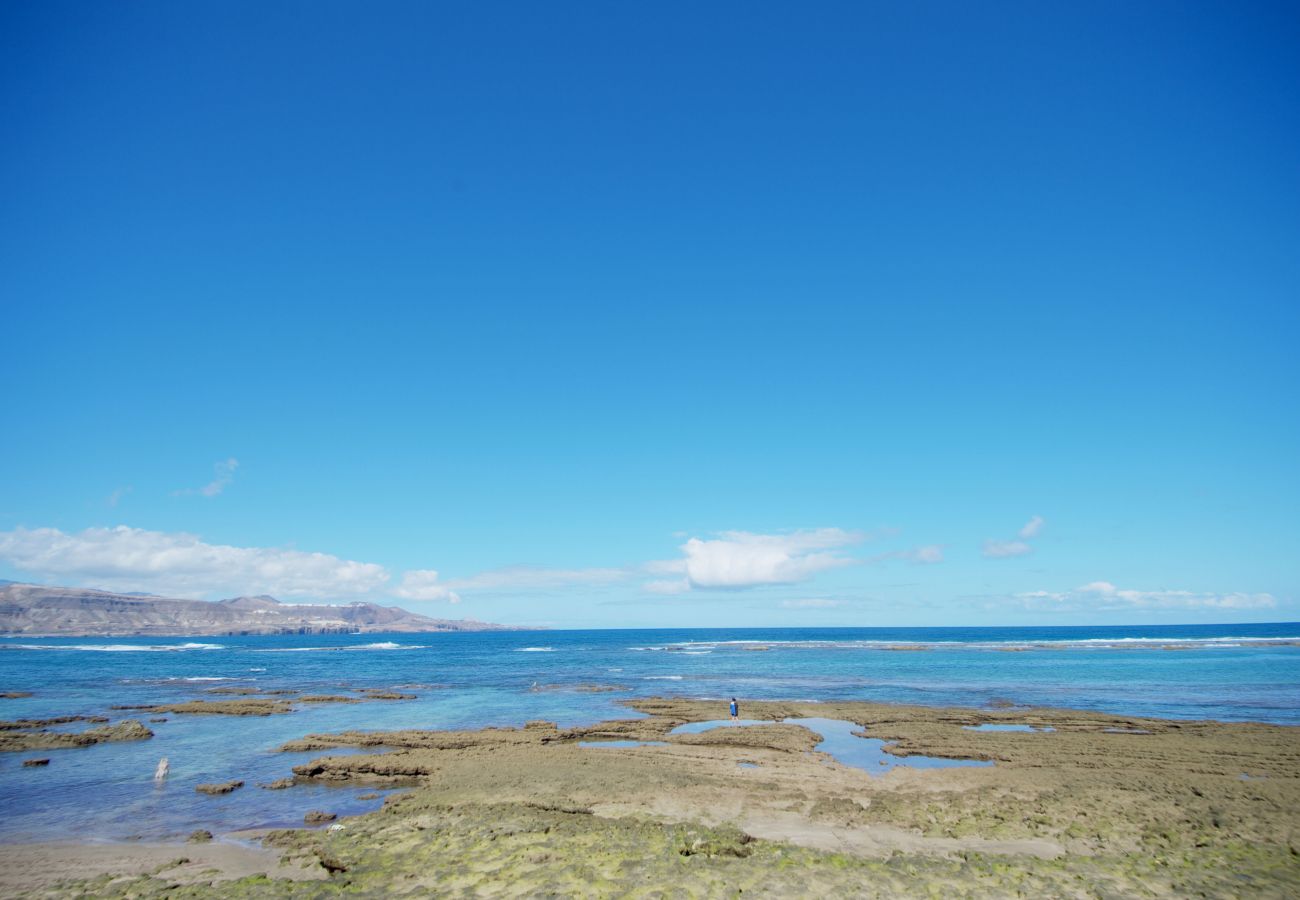 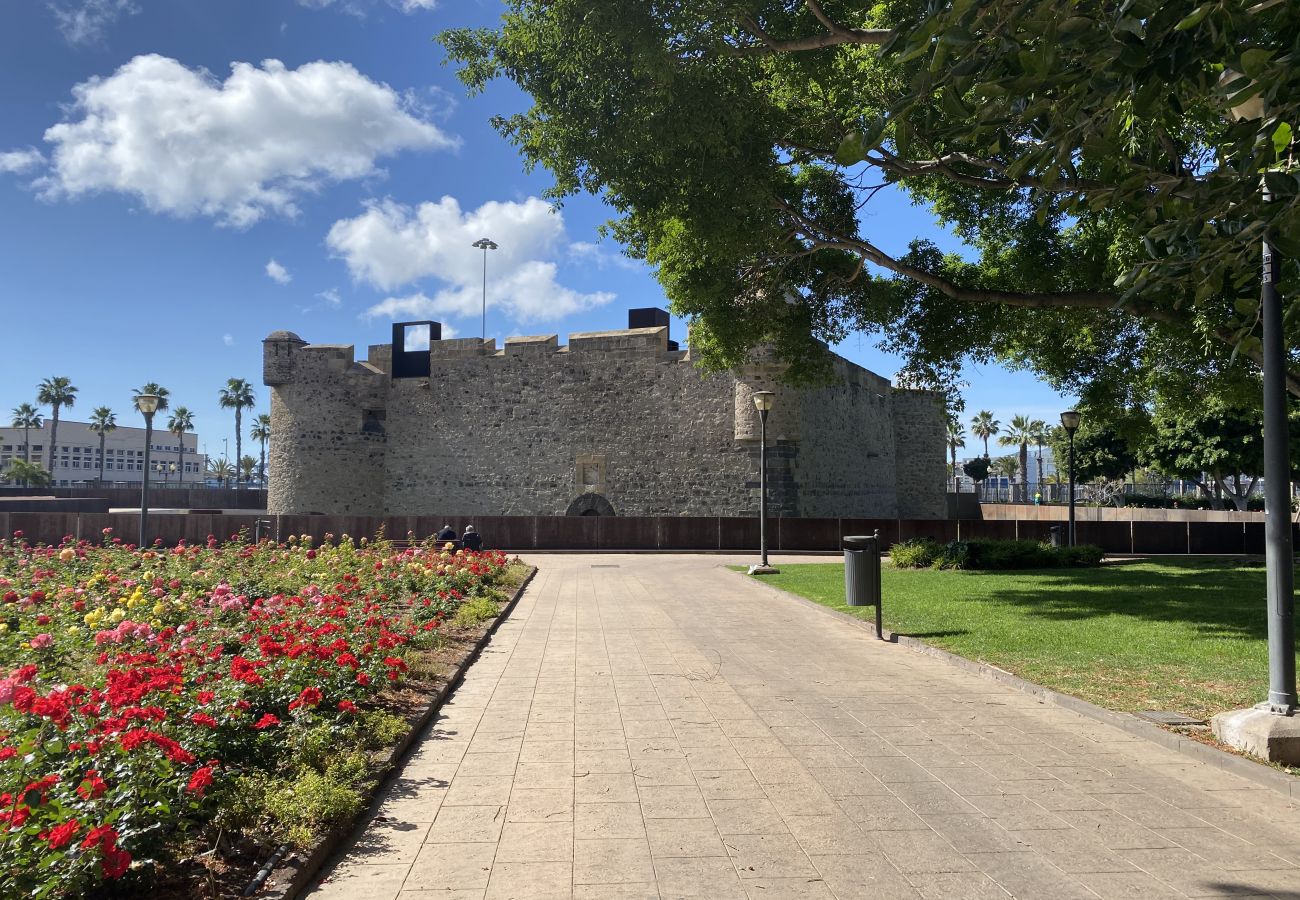 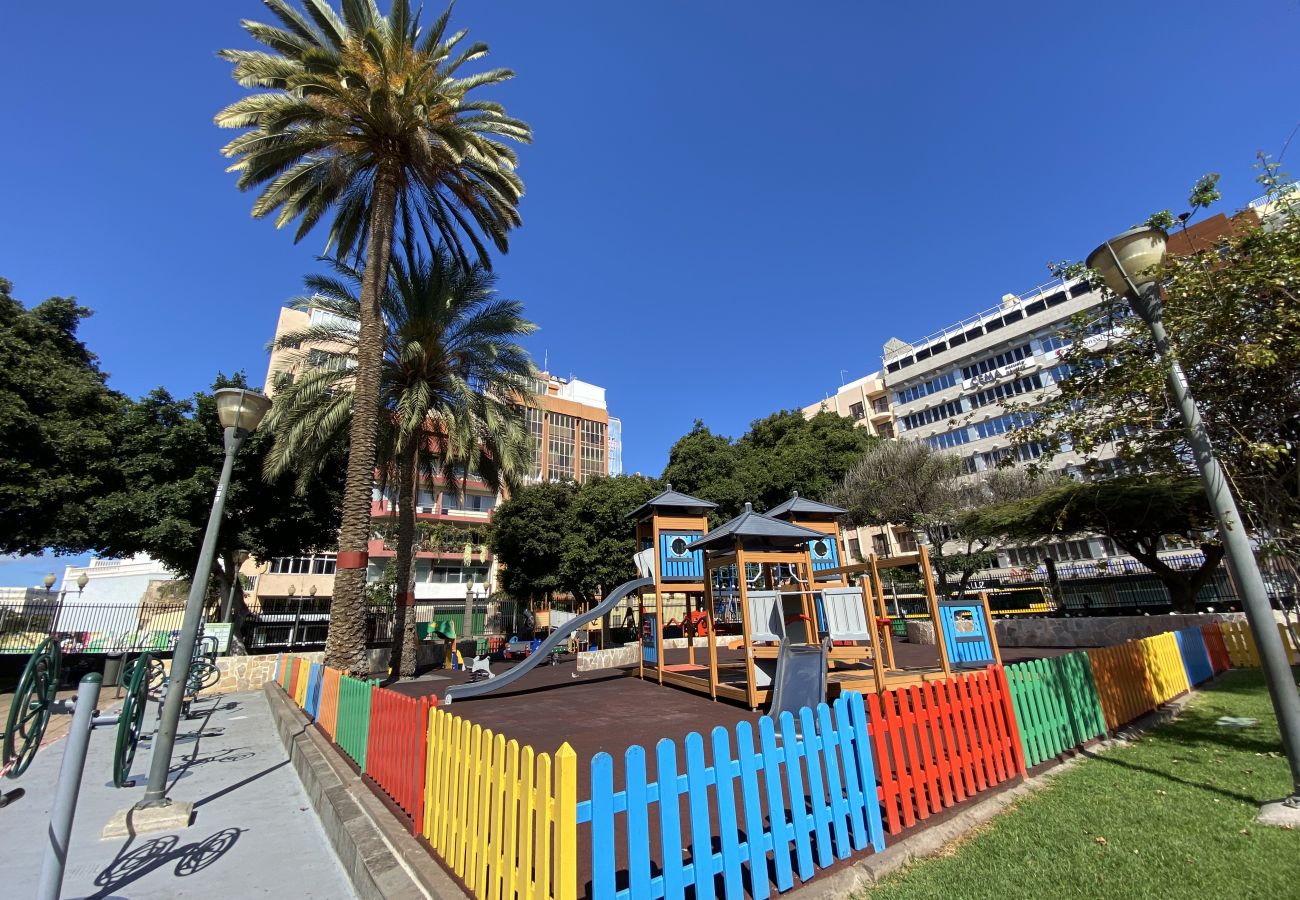 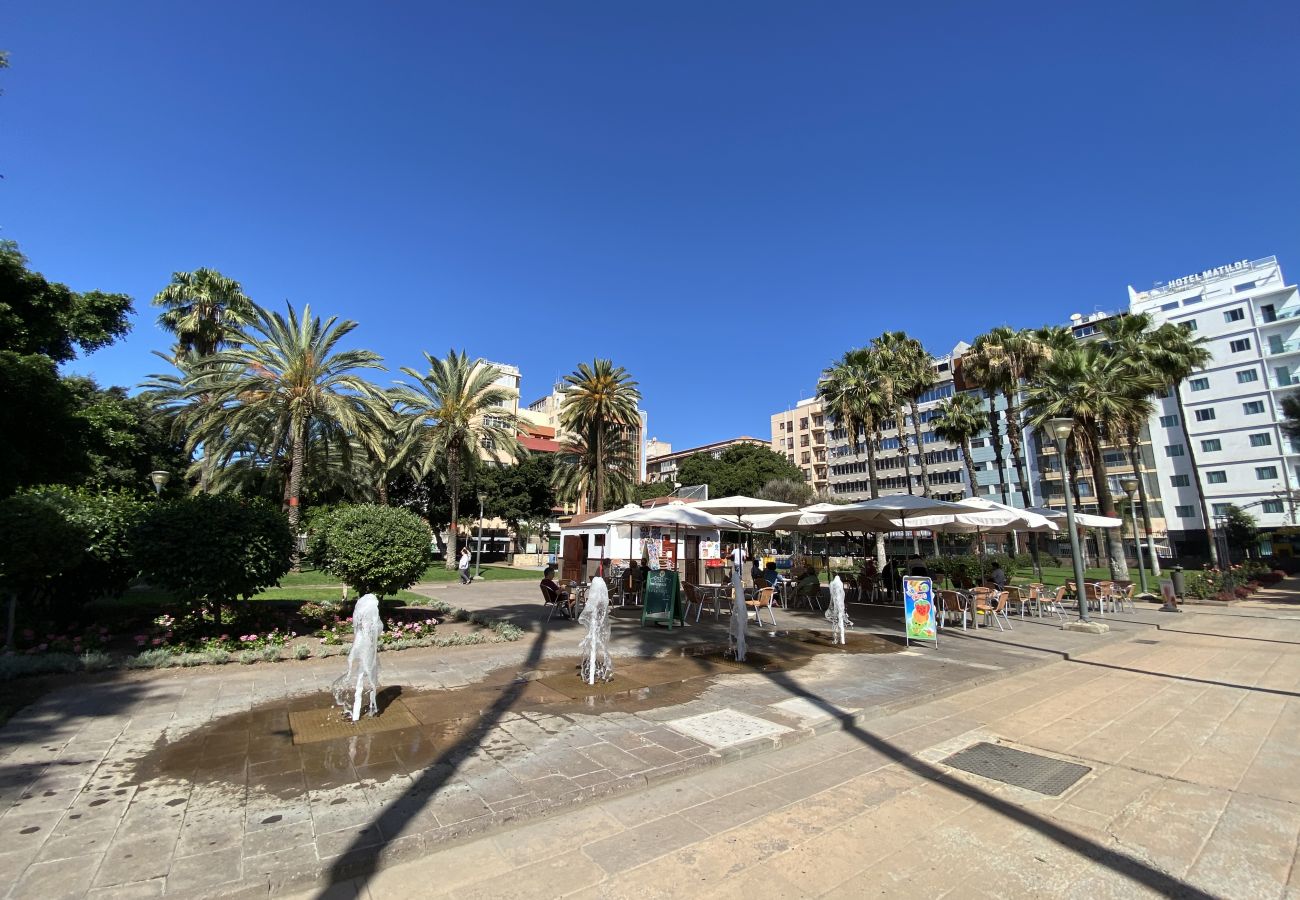 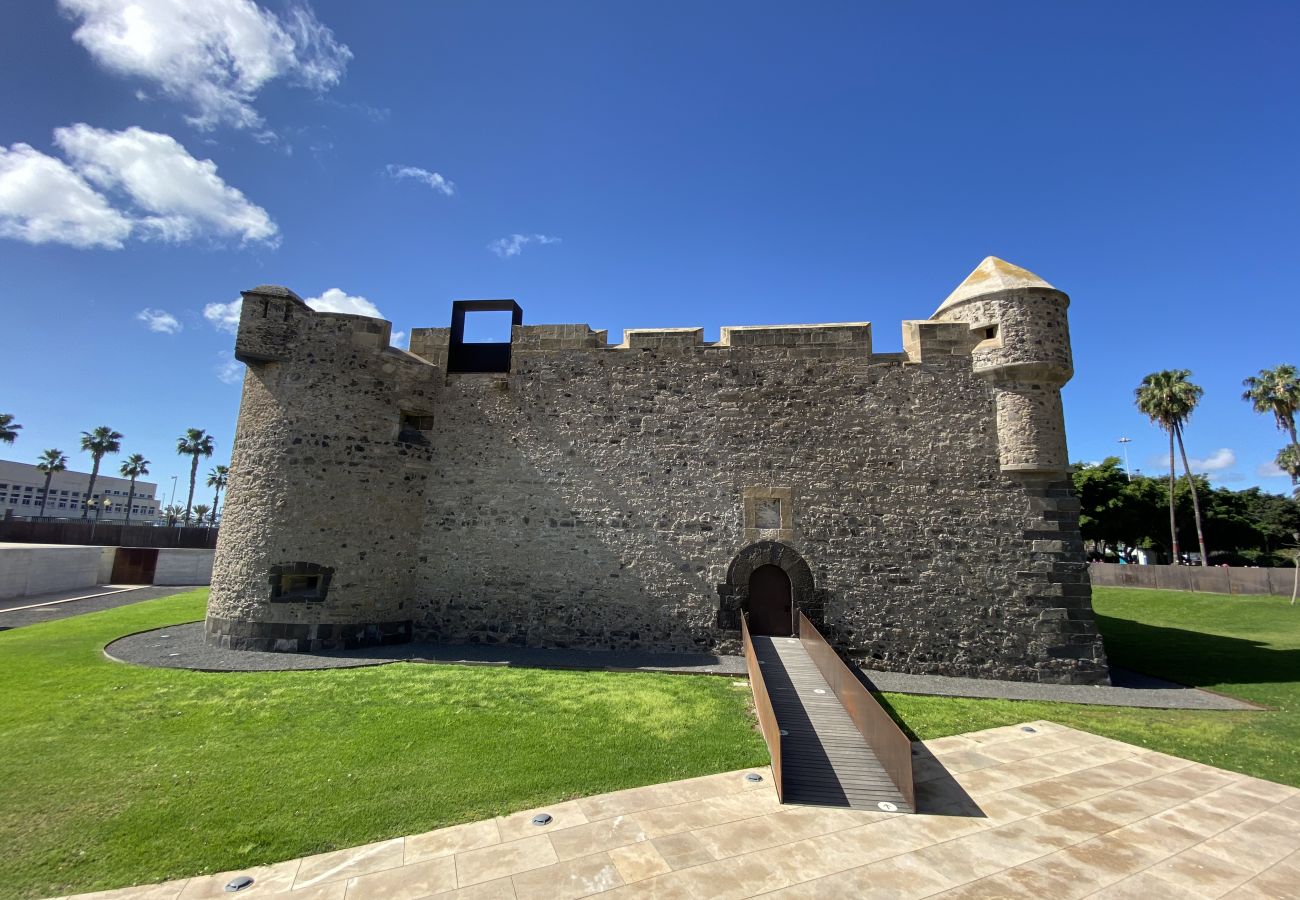 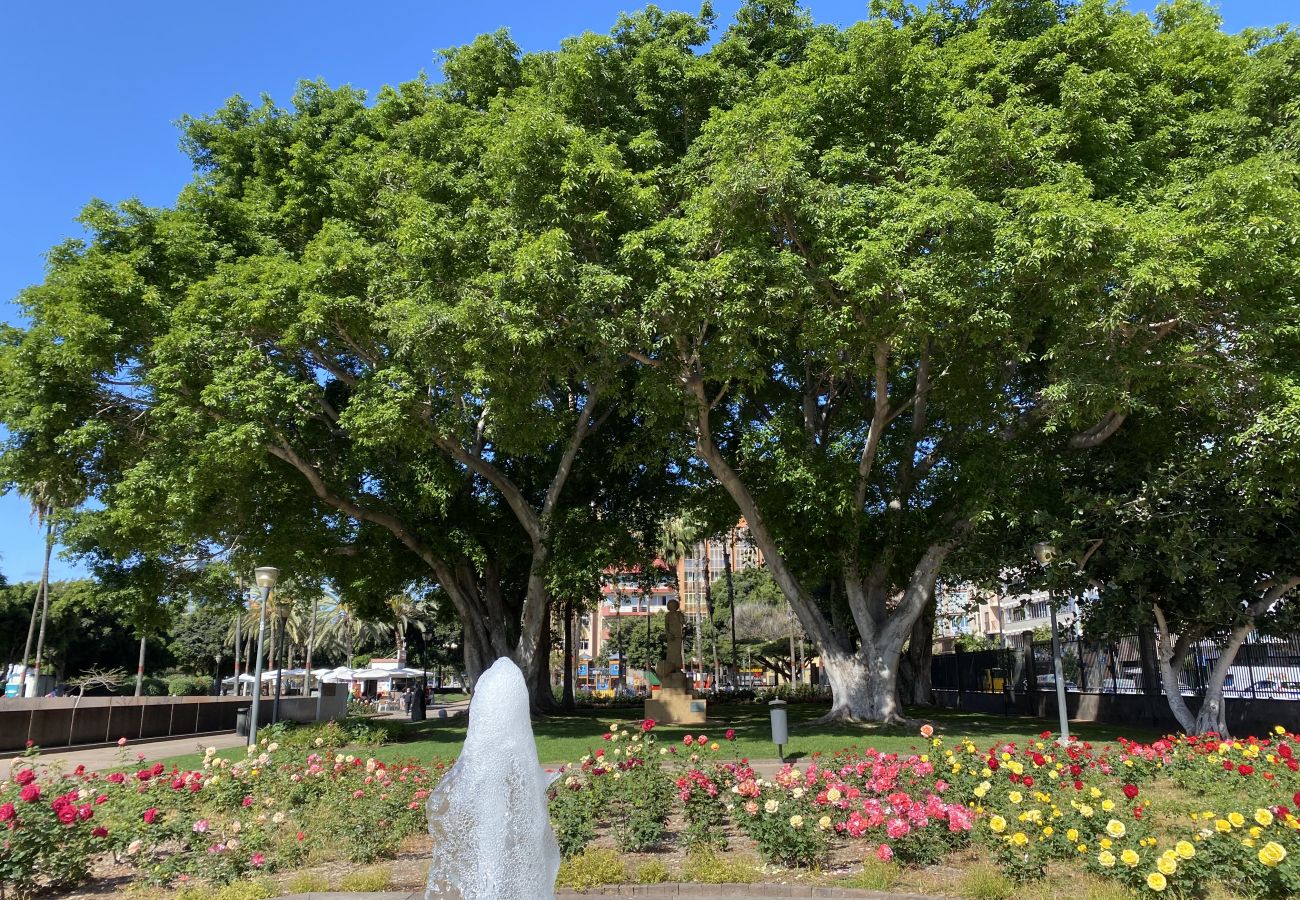 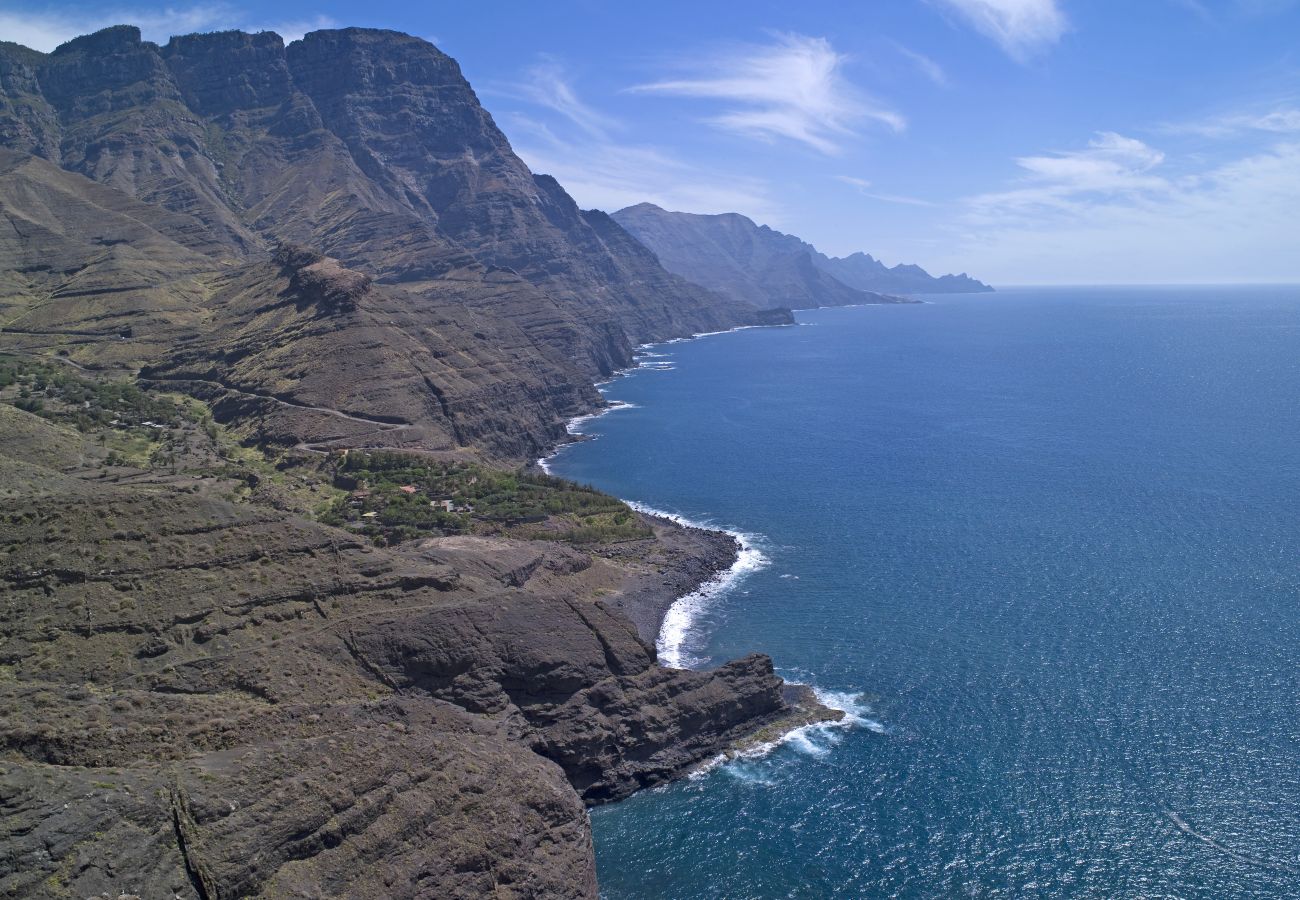 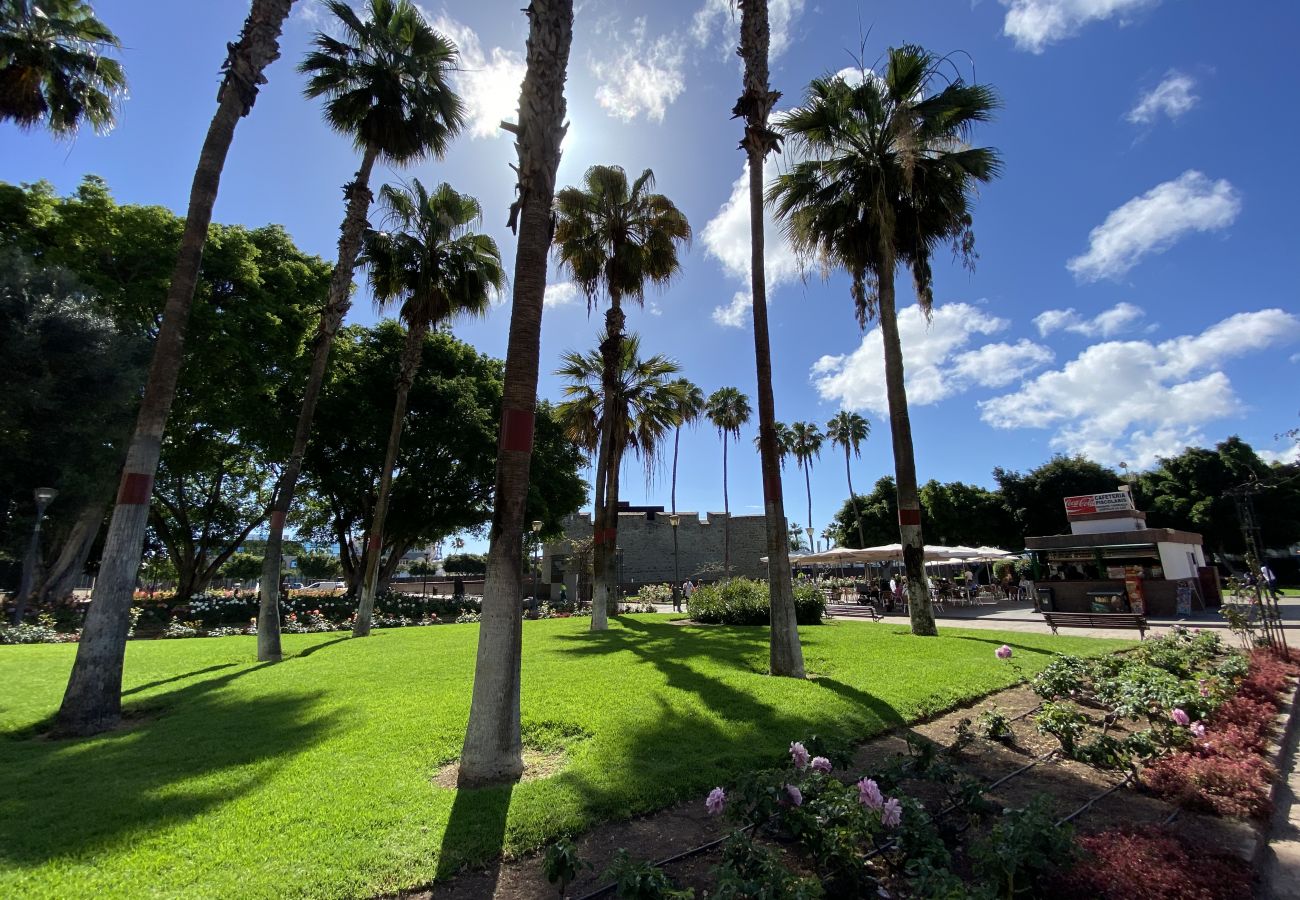 As for its location, it is situated 550 m from the sandy beach known as "Playa de Las Canteras", a natural jewel of our city. a natural jewel of our city. The "Playa de Las Canteras" is a long stretch of sand, occupying about 3800 metres of coastline, which stretches along the bay.
Las Canteras is one of the best urban beaches in the country and in the world, with good weather almost all year round. The place in the capital to relax, where time stands still and where you can do sport any day of the week, wearing a swimming costume, bikini, goggles and snorkel, paddle (beach rackets) or surfboard.
It is also a large marine life reserve.
We recommend the long promenade that winds along the sand, past cafés and ice-cream parlours. At the beginning of the promenade you will find the terraces of La Puntilla and the fresh fish restaurants. At the other end of the beach, the surfing atmosphere around the Alfredo Kraus Auditorium, with more terraces and cafés facing the sea.

The recognition of Las Palmas de Gran Canaria as the city with the cleanest air in Spain is added to the recognition that the capital of Gran Canaria has as one of the cities with the best climate in the world, the most recent one published by the American weather magazine 'Weatherwise', in its March-April 2014 edition, with a ranking of the ten cities with the most enviable climate on the planet, headed by Viña del Mar, in Chile, followed by Las Palmas de Gran Canaria.

From the booking date until 6 days before the check-in, there is no cancellation penalty

In case of cancellation the following charges will apply:

8.9 11 reviews
All English
All reviews have been checked and authenticated. Once you have received a 'rate your stay' email based on your confirmed reservation, you can leave an accommodation review.
Show more
Show less
€58.00 /night
Dates
Price for  nights
Book
Dates